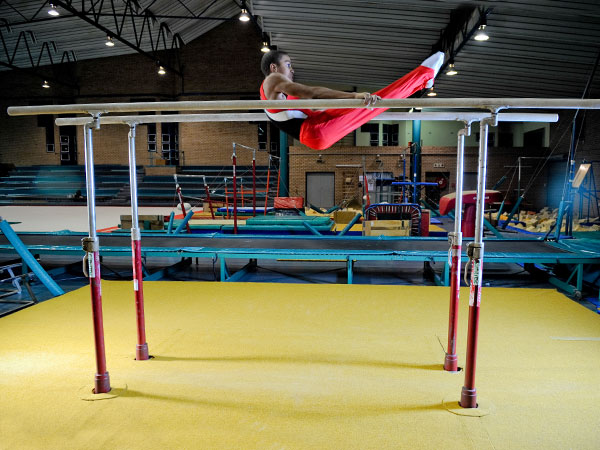 With the Olympic Games in Rio rapidly approaching, now seems like a good time to take a cue from the sports world and talk about gold medal strategies in supplier finance. Without further adieu, let’s get right to our first event: the parallel bars.

If at first you don’t succeed…

A common misconception in the world of supplier finance is that if you’ve already got a supply chain finance (SCF) program in place, there’s nothing more you can do. Even if it’s not working as intended — people feel stuck with what they already have.

I hear this a lot from Fortune 500 companies that have previously implemented a big bank SCF program that only reaches a few of their biggest suppliers, but doesn’t reach the smaller and diverse suppliers that need it the most. After all of the hours and dollars have been spent trying to get the technology implemented and the suppliers on board, many executives at these companies feel at best stuck, and at worst embarrassed to talk about SCF again. Plus, their company has a long-standing relationship with that bank, and it’s not worth jeopardizing relationships over the matter.

I tell these Fortune 500 companies that there’s no shame in having an SCF program in place that works for only a few of your top suppliers. The truth is, your program is working well for those few suppliers — and if it ain’t broke, don’t fix it. Keep the program running for those suppliers, and keep your existing banking relationships happy.

The truth is that you can easily add a second early payment or supply chain finance program to run in parallel with your other existing SCF program and finally achieve the total results you are looking for.

I recommend working with a a totally separate provider who is willing to do the dirty work of finding you the best rate, identifying the suppliers that are best suited for the program, and successfully onboarding and servicing those suppliers. That’s what one of the unique things we offer at Supplier Success. We identify ways to offer integrated payables deeper and deeper into your supply chain without disturbing what’s already there.

More and more often I am speaking with multinational corporations that had no idea that running parallel programs was even an option. Most folks are hesitant to acknowledge the reality, but the question I always ask them is, “if your current SCF provider thought that onboarding small-to-medium and diverse suppliers was a priority, don’t you think they would have achieved something by now?”

After several years of running your program, do you think it’s time to consider running another early payment program in parallel with your existing one?

Louis Green is the founder and CEO of Supplier Success, LLC. He is a nationally known expert in the fields of procurement, supply chain management, and supplier diversity.

How can we help?

Schedule a 15-minute call to discuss how we can help.

Cookies
To make this site work properly, we sometimes place small data files called cookies on your device. Most big websites do this too.
Accept